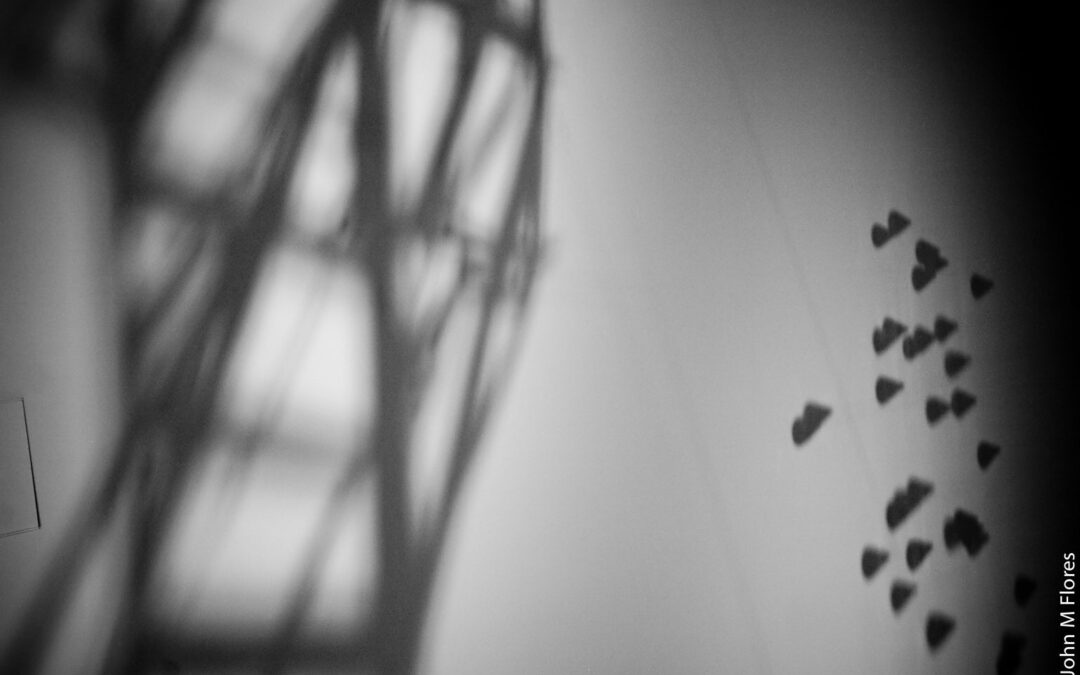 My father possesses a well-developed talent for being able to describe the essence of a person or a situation in colorful, quotable sorts of ways. One of the talents that he apparently perceived in me is my ability, and here I quote, to “screw up a steel bar.” Initially that one confused me a bit as he’s usually quite clear and succinct, however I really didn’t think that I was that strong. It turns out, of course, that he was suggesting that I tend to complicate even the most basic things. I suppose that, in some cases, that’s a fair assessment. All right, it’s probably fair more often than I’d care to admit. Thankfully, I’ve found that I’m hardly alone in this regard. My complicating skills, however, tend to be fairly unpleasant when they’re in action. Maybe you can identify. I tend to complicate things by being mistrustful or, if I’m way off the beam, cynical. It goes something like this…if, for instance, someone does a kind thing for me, I can miss the beauty of that gesture by wondering how and when I can pay this person back so that we’re “even” or I can begin to guess at what prompted the kind act. My guesses most likely never approach the truth. Another example is my tendency to overanalyze strategies, techniques or concepts that might help me experience moments of peace, clarity or happiness more often so I get bogged down in details and distracted. A former clinical director of mine used to refer to this sort of thing as “analysis paralysis”. He and my dad should really go bowling together or something.

This particular superpower of mine has even crept in on my mindfulness practice from time to time. In spite of years of personal experience with the gifts of a dedicated mindfulness practice and piles of empirical evidence supporting mindfulness that clutter my office, I can complicate (i.e. underestimate, invalidate, etc…) the simplicity and effectiveness of even that by telling myself stories about how I’ll practice tomorrow or about how I’ve been sitting for so long that I can miss a few days, or about how SOME things require immediate action, dammit! In her book Mindfulness in Plain English Bhante Gunaratana talks about how, as human beings, our perceptual habits can be…well…stupid, by identifying how we paste mental pictures onto people, situations and events, then react to them in fixed and programmed sorts of ways. I would add that people (okay, me) sometimes do this even when they’re at least partially aware that they’re doing it and maybe even aware of the consequences that follow that sort of thing because, well, it’s a habit.

A number of years ago I made the decision to relinquish my complication superpower and to lean into my mindfulness practice in its place. Does that mean that I’ve stopped complicating entirely? Of course not! Just like any other well-developed habit, it still sneaks up on me more often that I’d like. Steve Jobs said, “That’s been one of my mantras – focus and simplicity. Simple can be harder than complex: You have to work hard to get your thinking clean to make it simple. But it’s worth it in the end because once you get there, you can move mountains.”

Moving mountains sounds kind of cool I guess. But all things being equal, I would prefer to have invented the iPhone.

Having a dedicated mindfulness practice and a willingness to show up for my life doesn’t mean that my older and nastier habits and tendencies are going to go away immediately. But it does mean that I have the awareness and the ability to see more clearly, both of which were hard-won but also worth their weight in gold.

Back to the cushion…

The Counseling and Mindfulness Group We’re qualified, experienced, licensed and certified mental health professionals, but we’re so much more than that.

At the Counseling and Mindfulness Group, we offer warmth, compassion, and genuineness. And in addition to counseling, we offer authentic mindfulness instruction—life-transforming, 2000-year old awareness skills that help change the way you experience your life.

We are excited to share some ideas with you, so that you can heal, transform, and live your best life.